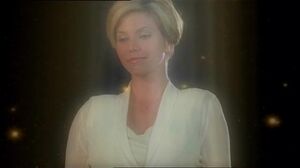 The Fae, also referred to as Fairies, are a race of supernatural beings that have a strong presence in myths and folklore.

The Fae are a race of supernatural beings that precede humanity. They have a strong presence in myths and folklore, where they are often viewed as beings of light and goodness, though sometimes as tricksters. However, the Fae in general have little interest in human affairs. Due to their beauty and brightness, they have been mistaken for Angels on several occasions.

The Fae are a secluded race that live in dimensions separated from humanity. However, individual Fae will sometimes seek out humans out of curiosity and a rare few decide to leave their dimension for human society. The Fae prefer to communicate with their minds instead of the spoken word.

The Fae live in secluded communities and are ruled over by a powerful royal family. Each separate community is led by either a member of the royal family or another chosen by the family. The Fae all have great respect and love for their royalty and they are believed to the the most beautiful among the Fae.

The Fae are a race of immortal beings that possess incredible physical beauty.

The Fae do not age similar to other living beings. As true immortals, they can potentially live forever and will not die of old age. Instead, the physical age of the Fae is dependent of their mental maturity and social status. In the Fae community, the appearance of old age is a symbol of status and power and a source for respect. Additionally, Fae seemingly age when they become parents as a sign of their new responsibility. 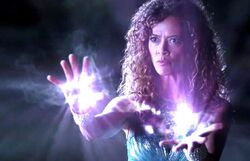 Physical Abilities
Allure: The ability to possess extraordinary beauty and be highly desirable and enticing to others.
Immortality: The state of possessing an infinite lifespan and an arrested aging process. This also grants immunity to all human diseases and viruses.

Mental Abilities
Telepathy: The ability to mentally perceive information from the minds of others and transmit thoughts from one mind to another.