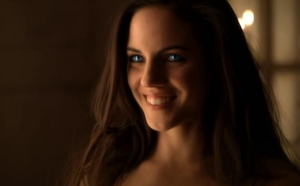 Succubi, and their male counterparts Incubi, are a breed of supernatural beings that feed off the life force and sexual energy of living beings.

Succubi and Incubi are solitary creatures that generally avoid getting close to others, because their supernatural abilities will draw the attention of others whether they choose it or not.

Succubi and Incubi are beings that resemble humans in all aspects, except that they are viewed as more attractive and beautiful than most. They are capable of conceiving children with regular humans. When Succubi and Incubi use their abilities, their eyes will glow light blue. The abilities of their kind will not manifest as long as they still possess their virginity.

Mental Abilities
Dream Manipulation: The supernatural ability to enter and manipulate the dreams of other people.

Mental Weaknesses
Sexual Addiction: Feeding off the sexual energy of other beings causes a euphoric effect that can easily become highly addictive.